I studied Psychology as an undergraduate at Louisiana State University, in Baton Rouge, Louisiana. 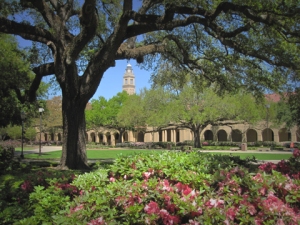 I then earned a master’s degree in Clinical and Counseling Psychology from Southern Methodist University, Dallas, Texas.

After my doctoral coursework was completed, I did a year-long Internship in Clinical Psychology at the Medical College of Virginia Hospitals, in Richmond, Virginia.  My rotations included Inpatient Psychiatry, Consultation/Liaison Psychiatry (including organ transplantation psychology, neuropsychological testing, and medical psychology), and Outpatient Psychiatry.  Dr. Mary Ellen Olbrisch, a talented health psychologist, was a big influence on me that year.  It was during internship that I committed myself to health psychology, which seeks to understand and promote health in people with a variety of diseases and behaviors that can undermine their health.  I earned my Ph.D. in Clinical Psychology in  January 1992.

With my interest in the psychology of health, I was drawn to the challenges of addiction and chronic illnesses.  Both would require a person to make significant changes and then maintain them over the long haul.  To build my expertise in this area, I completed a an 18 month Post-doctoral Fellowship in Health Psychology and Substance Abuse Medicine, in the Department of Psychiatry, Division of Substance Abuse Medicine, Virginia Commonwealth University, in Richmond, Virginia. My Fellowship Director was Dr. Deborah Haller.

My academic career began at Virginia Commonwealth University, where I served as Assistant Professor of Psychiatry, Internal Medicine, and Psychology in the Division of Addiction Psychiatry from 1993-2004 until my promotion to Associate Professor in 2005.  While at VCU’s School of Medicine, I took care of patients, conducted clinical research, and taught.   Along the way, I learned about Motivational Interviewing.  I immediately saw its utility for my clinical work, and began providing MI training in Virginia in 1993. In 1998 I underwent a Training of New Trainers by Bill Miller Ph.D. and Stephen Rollnick Ph.D. and became a member of the Motivational Interviewing Network of Trainers.   I have served on many committees and working groups for the MINT and have had the privilege of leading four Training of New Trainers events with talented MINT colleagues in Wintergreen, VA, Amsterdam, the Netherlands, Sofia, Bulgaria, and Asheville, NC. 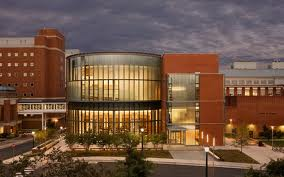 Recently, I was honored to be elected to the Board of Directors of the Motivational Interviewing Network of Trainers.  I am serving a 3 year term from November 2015.